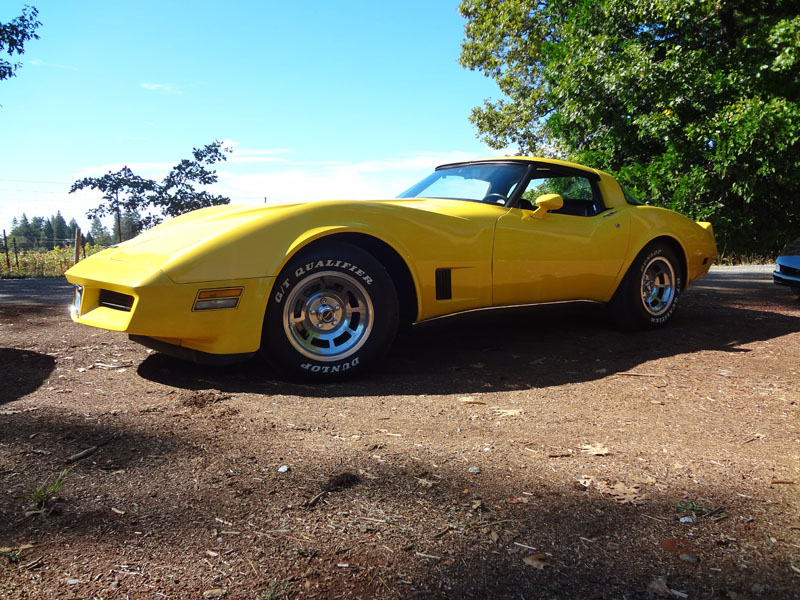 The yellow 1980 corvette I drive today came into my family in 1985 when my brother David bought it when he was only 25 years old. This 1980 L48 Corvette was his pride and joy until the day he passed away in 2008 of gallbladder cancer at the age of 47.

Dave kept good records on the vette, which included a copy of the bill of sale, and all maintenance that was done over the 22 years he enjoyed driving it. In 1997 the original L48 motor was replaced at 88,226 miles with a Gen. 1 ZZ4 (10243880 casting) rated at 350 hp. I did not know anything about this motor until I saw pictures of the valve covers on this motor on the internet. I knew these valve covers looked different than the covers on the original L48 engine with bolts holding on the valve covers in the middle on top. Upon researching what type of engine the valve covers were installed on I opened up the hood and looked for the casting number. I found the casting number on the block near the firewall on the passengers side of the vehicle. I wrote down the casting number and searched the number on the internet. Casting number on the block was used for ZZ4 and Vortec crate engines from GM Performance Parts from 1995 to 2000. After reviewing maintenance documentation from Majhor-Murray, LTD Automotive Services of Portland, Oregon, it was commented that the engine was rated at 350 hp, a wonderful upgrade from the anemic 190 hp L48 motor.

Dave always had Majhor-Murray work on his vette, as he knew they have tons of experience working on classic cars, took pride in their work, and were honest with their customers. Majhor-Murray built the motor with all the original EPA equipment so that it would pass Oregon's DEQ smog tests.

The mufflers were removed from the vette in 1989 and I must say that the car sounds great without them, and because the stock catalytic converter is so large (acts like a muffler) it is not too loud.

Dave's and my father, Glen kept the vette for a couple of years. Glen had the suspension rebuilt, a new starter installed, all new weather stripping installed, and detailed the engine bay, interior and exterior. Glen entered the vette is some Corvette shows and won awards. Glen already had a 1999 C5 Corvette of his own and needed to make room in the garage for his family car.

I ended up bringing the vette to California in 2010 and since all the original smog equipment was still attached, with some tuning the vette passed California emissions and inspection. Since the vette is so old I was able to insure the car under classic car insurance for less than $300 a year for a vette that will be driven under 2000 miles a year.

Since this vette is over 30 years old, there is always something to work on. I am not a mechanic by any means. The extent of work I have done on a car in the past is topping of fluids, rotating the tires, and that's about it. Since I received so much documentation with the car, I decided I would try to do as much work on it as possible with basic tools.

I must acknowledge all the great Corvette Forums, and articles online that have been great resources in the work I have done and will do in the future. Thanks to all of you in the Corvette community that are willing to share your experience.

The game plan for this vette is to keep it looking stock from the outside, but modernize it where and when possible without losing the original feel. 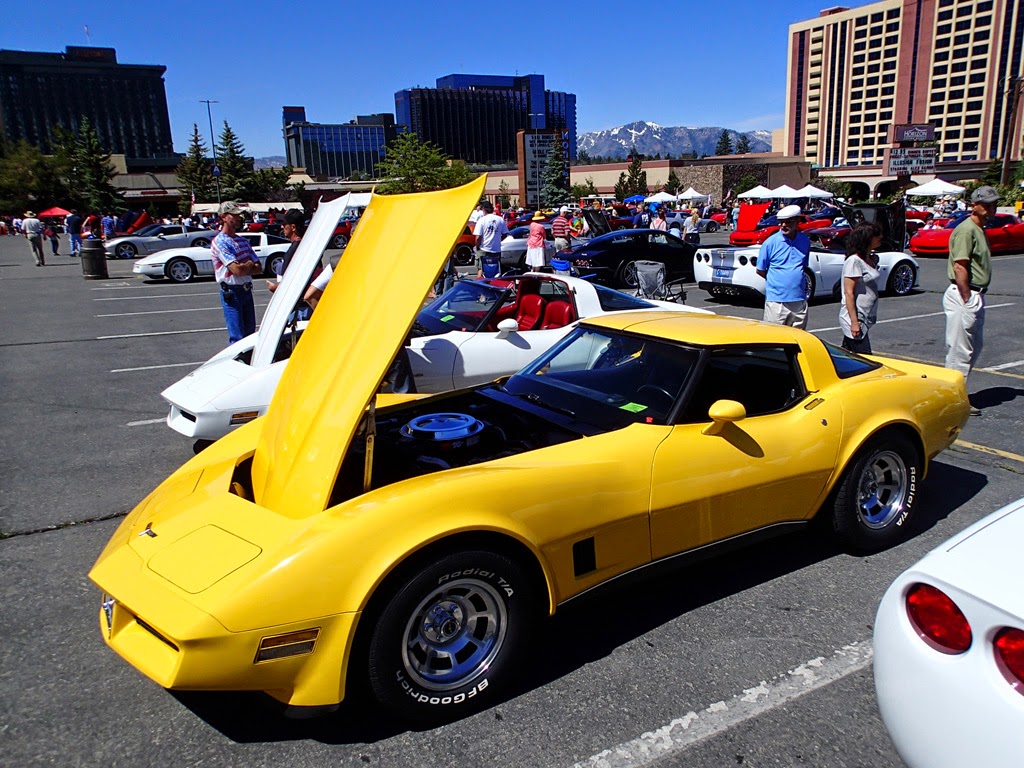 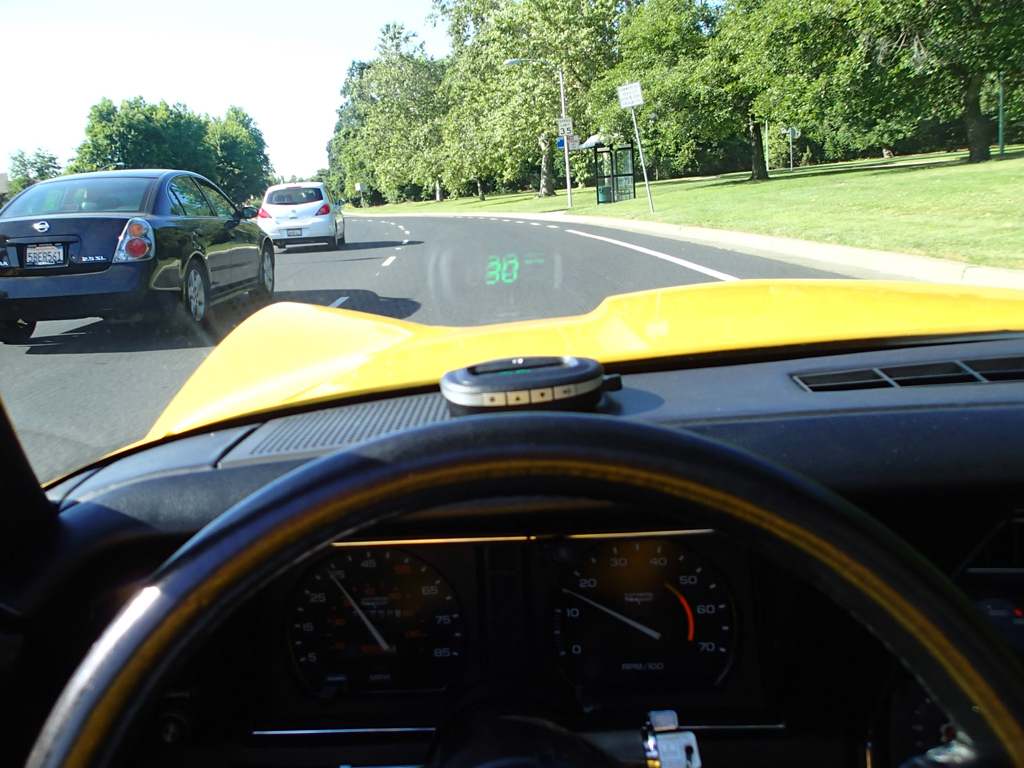 2012 Installed Blue LED lights, two on back side of rear view mirror to light up HVAC controls at night, and one on each seat to light up foot well. 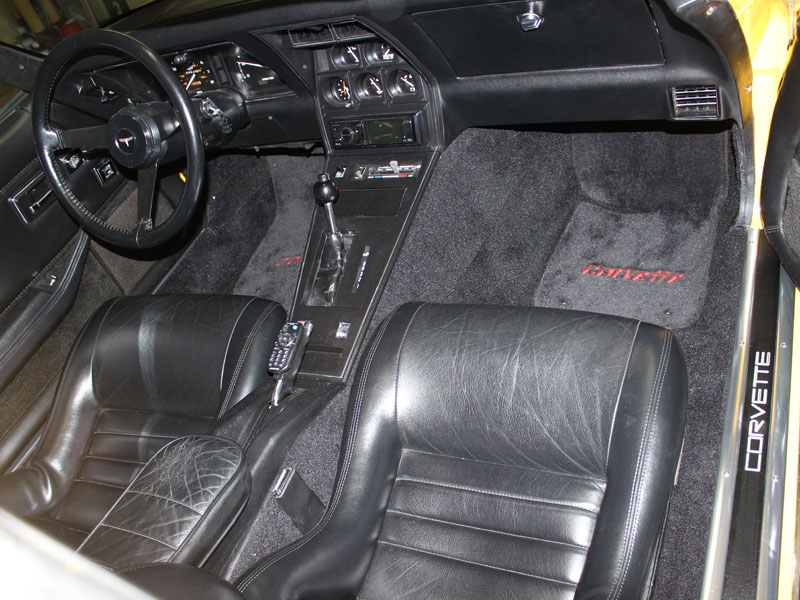 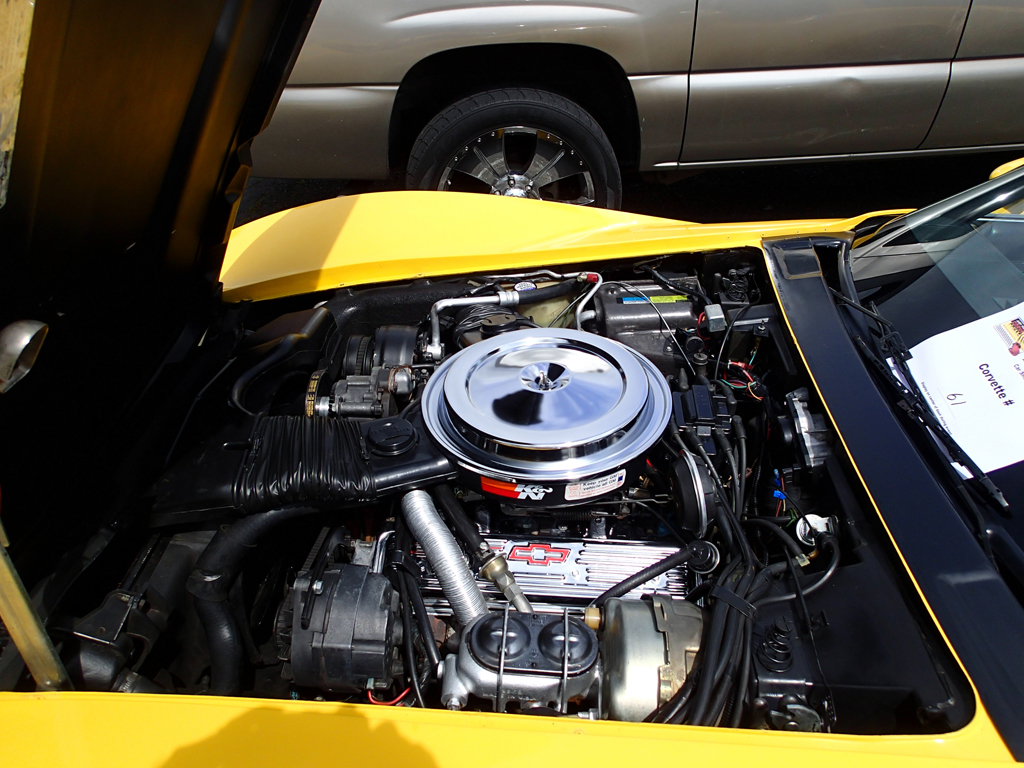 On the morning of August 30th, 2013 on a drive to work before the Labor Day weekend my vette was hit by a elderly man coming out of a parking lot. He mistook the excelerator for the brake. My vette was totalled.